We are super tickled to show you one of our sister company's (One Fine Day Events) favorite winter weddings, which just so happens to be featured in Grace Ormonde's latest Fall & Winter issue! Liisa & Ethan's wedding was absolutely magical with freshly fallen snow and a drop dead gorgeous couple! With Catherine Hall capturing everything so perfectly, and PlumpJack hosting the event & creating the delicious delicacies, everything came together to create the perfect winter wonderland! 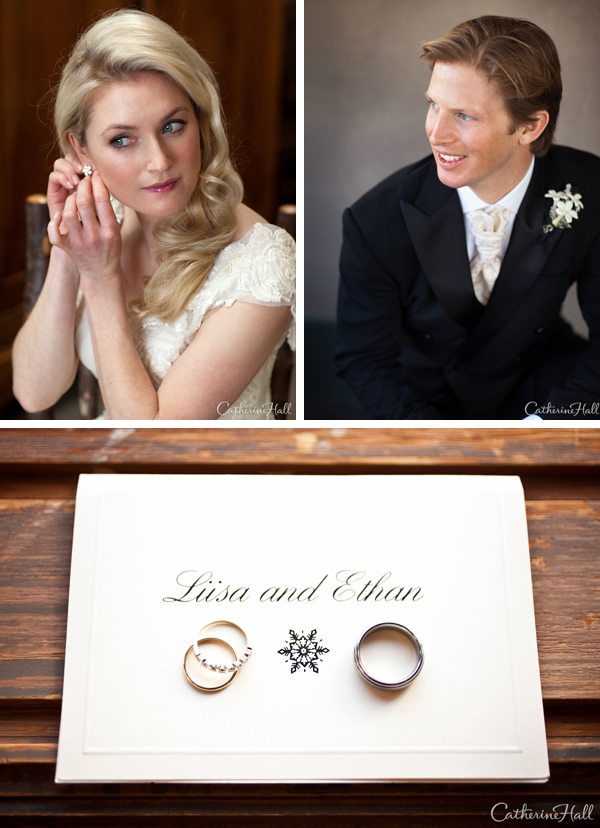 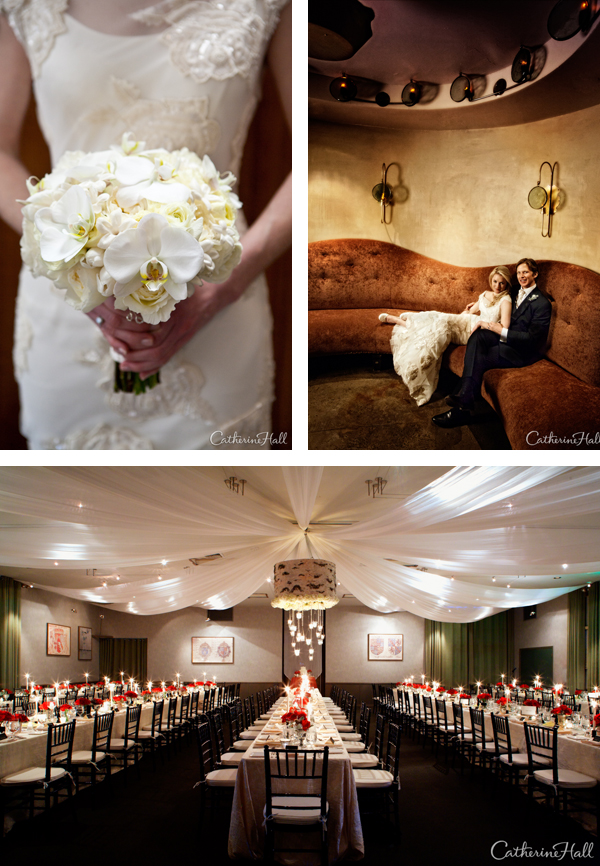 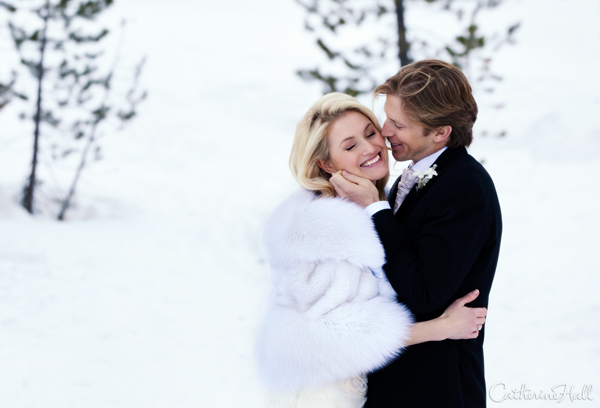 From our Grace Ormonde Feature ~ When convincing her to move into the vacant room in his San Francisco home, Liisa Hunter’s best guy friend promised that she would never see their third housemate. And indeed, the ghost man—an investment banker, competitive sailor, skier, biker and surfer—was hardly ever around … until the accident. Ethan Doyle says that shattering his leg and ankle while skiing changed him from the person who was never home to the cripple living on the couch. “My guy friends were great for the first week or so,” he says. “But then Liisa took on the role of friend and nurse. She helped me survive.” Ethan and Liisa were falling in love, but neither were ready to ruin the friendship, so Liisa moved out. For the next year and a half, Liisa kept comparing every other man she met to Ethan, and when she went to visit him they decided to start dating. Two years later, and the night before moving together from San Francisco to New York City, Ethan took Liisa to their favorite French restaurant. He had the ring and her parents’ permission, and says, “It finally all came together. It was the right time and the right place.” And the going away party their friends had planned quickly turned into an engagement party. For a sports-loving couple, a ski weekend at the PlumpJack Squaw Valley Inn was the ideal winter wedding setting. However, mountain blizzards raged for weeks leading up to their date. Then, three days before, the weather cleared and left perfect snow and almost spring-like temperatures. The day before the celebrations, Liisa, Ethan and 30 family members and friends spent a “glorious” day on the slopes together. On their wedding day, while Liisa and the girls were in hair and makeup, Ethan and his buddies hit the trails again. The ceremony, as written by the bride and groom, centered on the Buddhist philosophies of contentment and kindness and made for a meaningful service. With overtones of a James Bond movie, the atmosphere of the reception was relaxed, but with exquisite food, high-quality wine, gowned women and men in black-tie. Candlelight and the dramatic dark red of Ingrid Bergman roses punctuated the ambiance. In a nod to the mountains, birch wood bark wrapped the altar, a large chandelier, candles and the base of the cake. As a sweet gesture of hospitality, Ethan learned to welcome members of Liisa’s family in their native tongue. “He told them that he loved me and can’t wait to visit Finland,” says Liisa. To honor the couple, members of the wedding party read poems and brought humorous props to support their “incredible” speeches. A big hit of the night was a groomsman who had secretly arranged to sing a song with the band. “He was so good we didn't even realize it was Rob until someone pointed him out,” says Liisa. After dining and dancing, the bride and groom slipped away to get just a little sleep before an early morning flight to Hawaii where they windsurfed, soaked up the sun and enjoyed their newlywed status. Vendors: Venue | PlumpJack Squaw Valley Inn Photography | Catherine Hall Studios Event Planner and Design | One Fine Day Events Catering & Cake | PlumpJack Squaw Valley Inn Floral Design and Lighting | Bellissima Floral Entertainment | Tainted Love Invitations | William Arthur Tuxedo | Ralph Lauren Make-Up | Josefine Wissenberg Hair | Letisha Hill Wedding Gown | Elizabeth Fillmore

PrevHow to Plan an Elopement in Lake Tahoe?

How to Plan a Microwedding in Lake Tahoe

How To Make Your Wedding Film Cool AF

Saying "I Do" with Officiant Stephanie DioDato