Getting Adventurous With Ceremonies By Meredith Richmond

Lake Tahoe's middle name is Adventure so why not mix up a little adventure with your wedding ceremony too! Tahoe Unveiled vendor Meredith Richmond is a wedding officiant who has performed her fair share of adventurous ceremonies in the Tahoe area. Whether her couples are scaling mountains or snowshoeing in the midst of an epic Tahoe snowstorm, she joins them on whatever adventure they desire. She shared with us just a few of the most adventurous ceremonies she has performed. 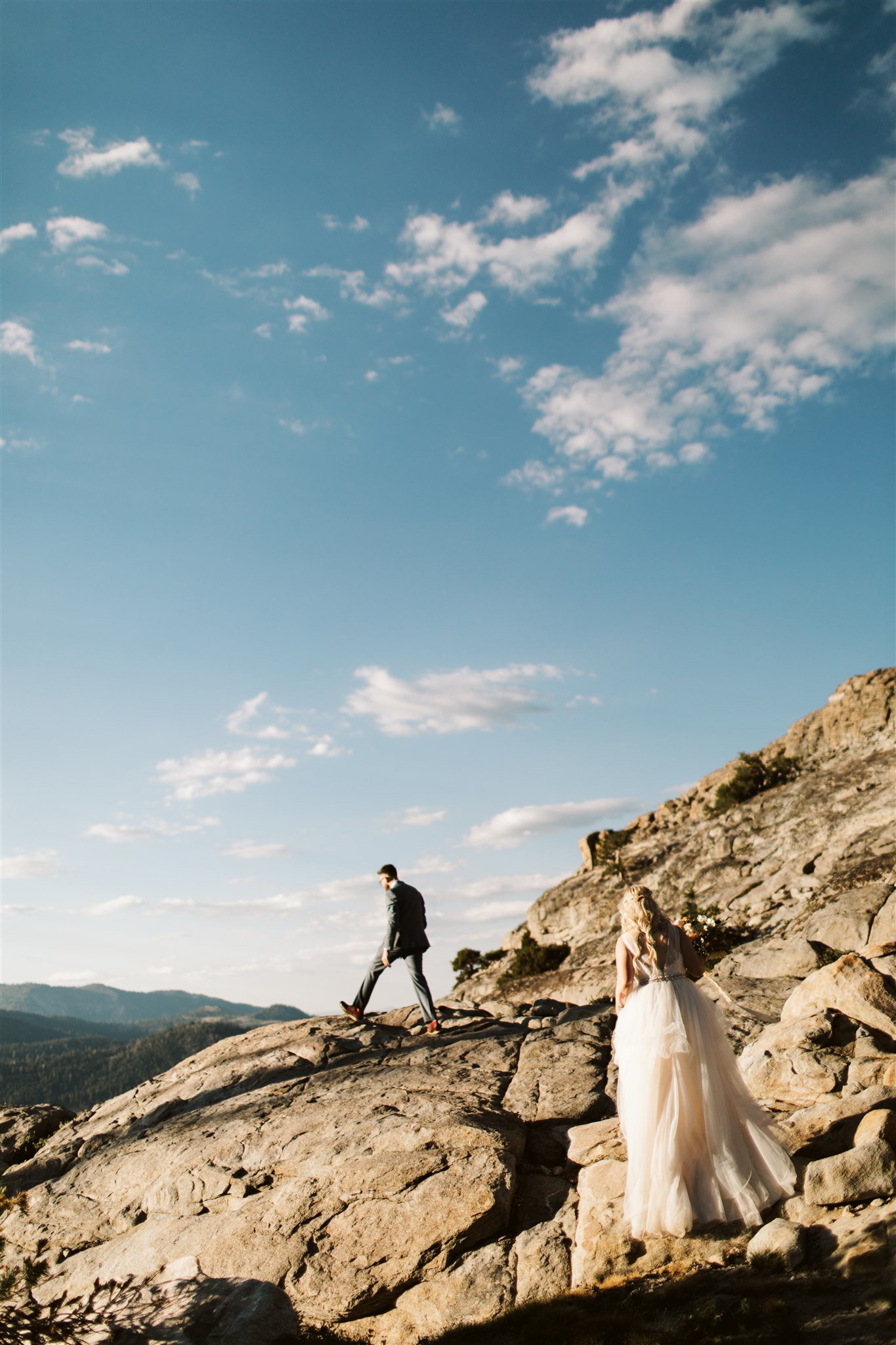 Max and Kaitlin were married at the top of Donner Summit. Max grew up in the area and they wanted to make it a part of their wedding day. They tasked their photographer Ruthanne Z with selecting their ceremony location! They started their wedding day off with Ruthanne capturing them canoeing on Donner Lake, followed by their first look at their cute vacation rental. The coolest thing about them is that they were totally into the idea of hiking over a mile to get to our ceremony location and photos of them hiking up there were beautiful. 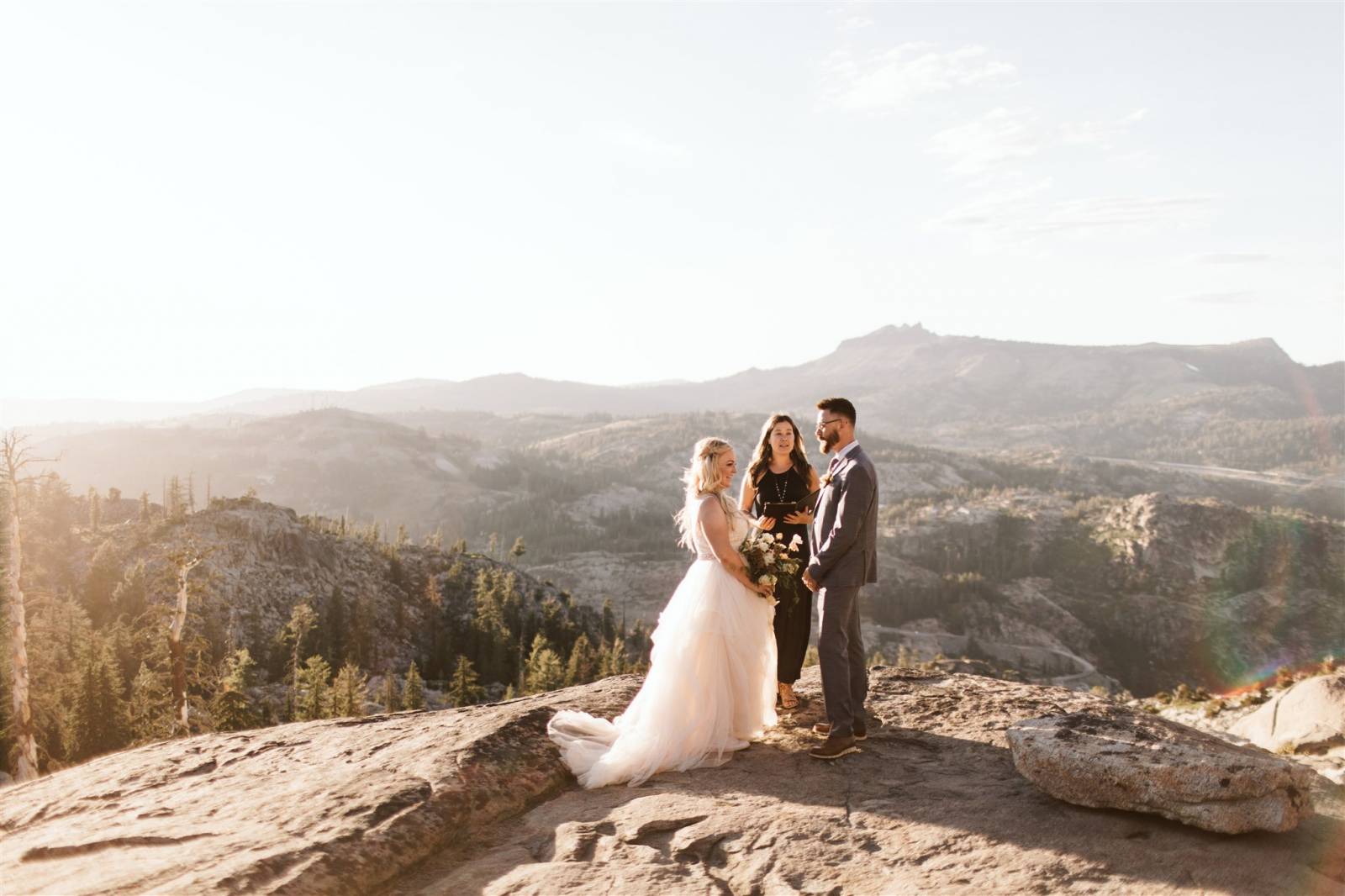 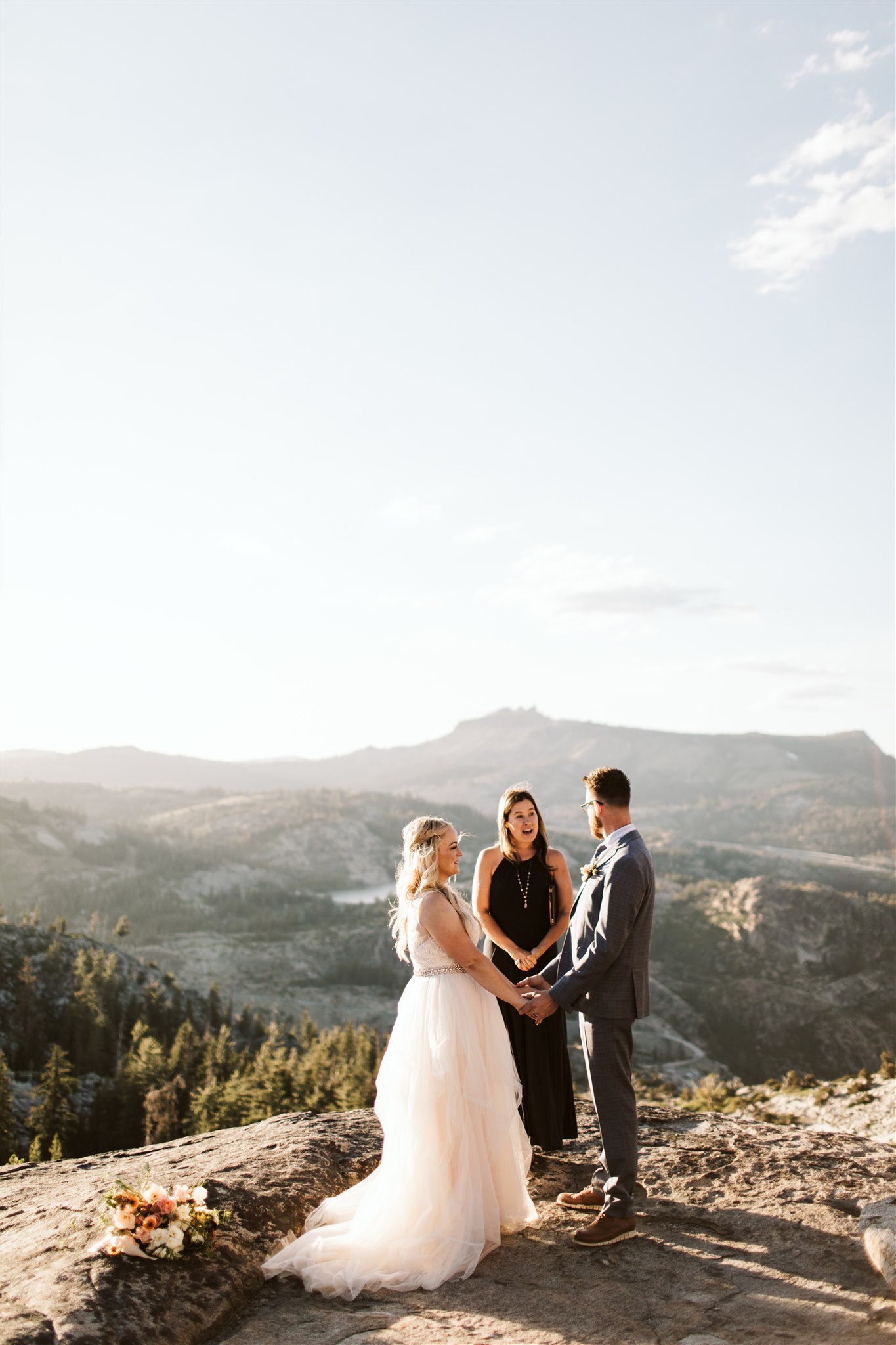 Sebastian and Silke were married in the midst of a massive Tahoe snowstorm. They are from Germany and met while in the mountains in Europe. They now live in San Francisco and did not hesitate when I told them that their desired location, Eagle Rock, received three feet of fresh snow the night before their ceremony.  Sebastian and Silke scouted the location the day before, during the blizzard, with their six-month-old son.  They were thrilled that the snow was fresh and were excited for the snowshoe trek the next day, which showed to be a clear, yes!

I was a bit hesitant and was encouraging them to elope on the beautiful lake view deck at their vacation rental.  It was just hard to imagine it all playing out smoothly and with their baby.They convinced me that this is truly what they wanted and were not worried about their baby, they said he hikes with them all of the time and that he's a tough German baby! They brought up their wedding attire to change at the top and also brought along two of their friends. They certainly proved their adventurous side and everything was so gorgeous! Their baby was the most chill baby I have ever met.  Their day was epic and they were so happy! 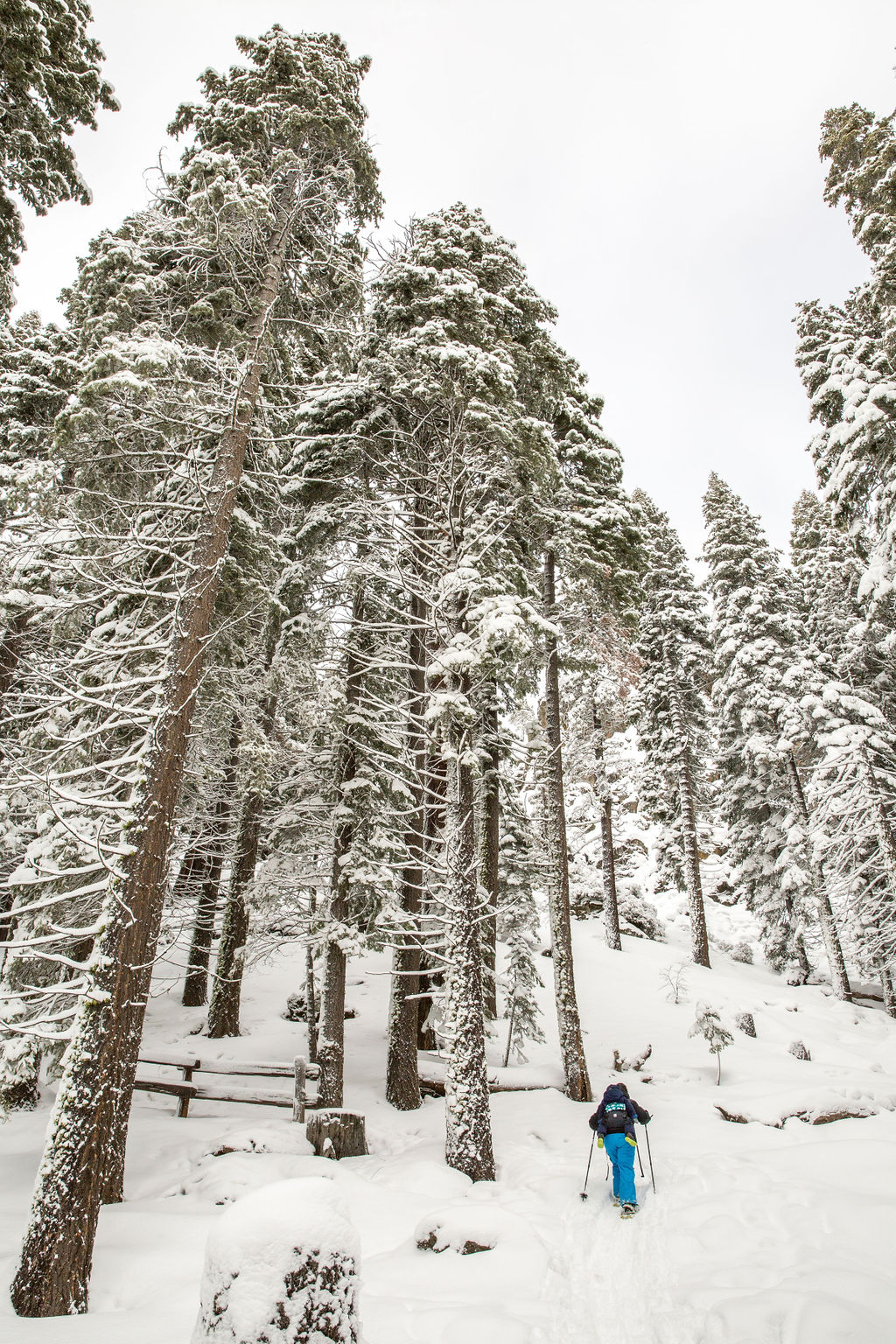 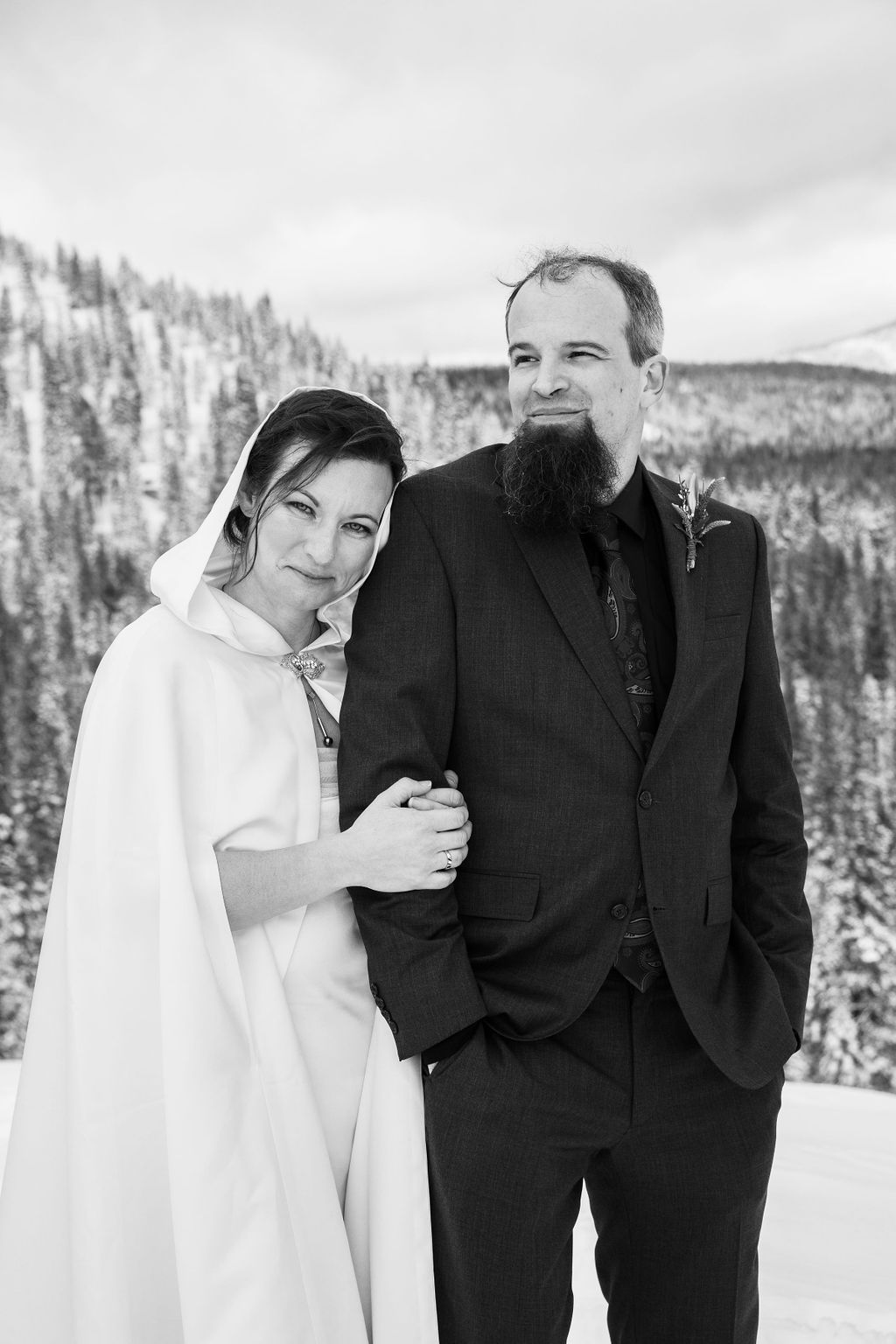 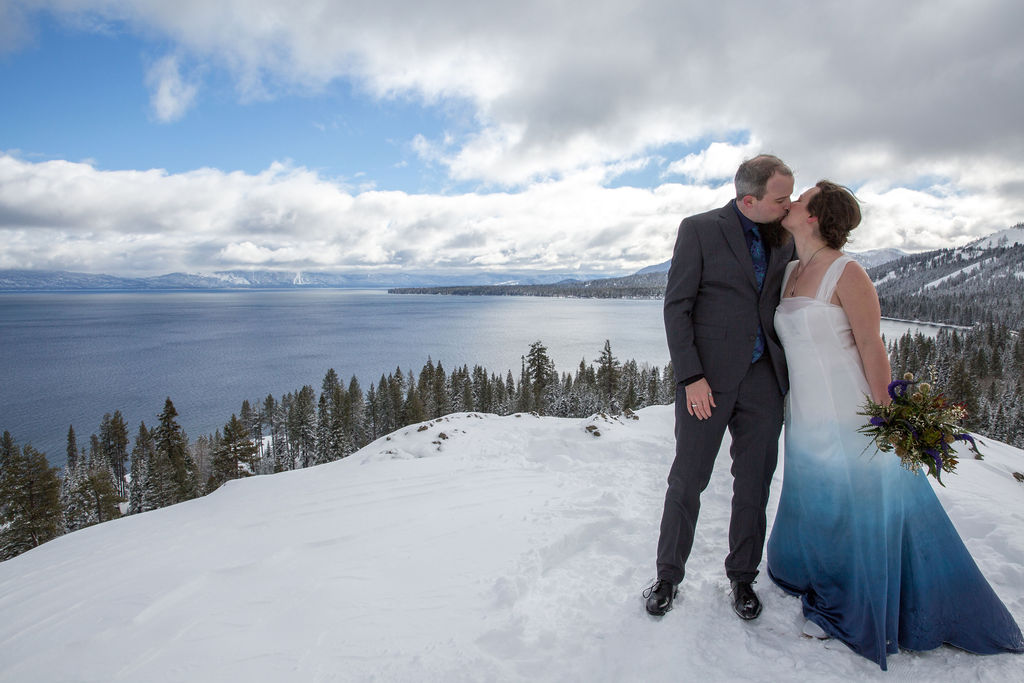 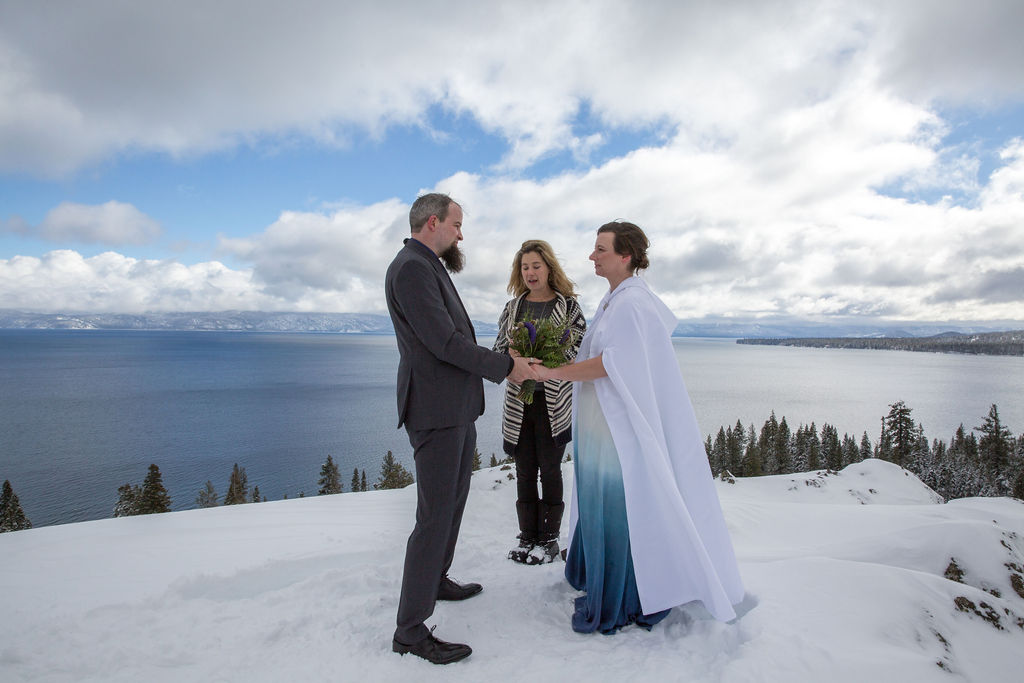 Ali and Ryan, from Sacramento, come up to Lake Tahoe as much as possible for hiking, camping, and skiing, and they love traveling the world.

They wanted an intimate ceremony with privacy. Their first look was at the altar, and it was charged with lots of emotions for everyone.  Guests met at a beautiful mountain overlook for the ceremony. It was important for the to have their day totally focused on each other, and to have a great time with their families. Tahoe Unveiled vendor Holly Shankland captured their day in the woods perfectly. 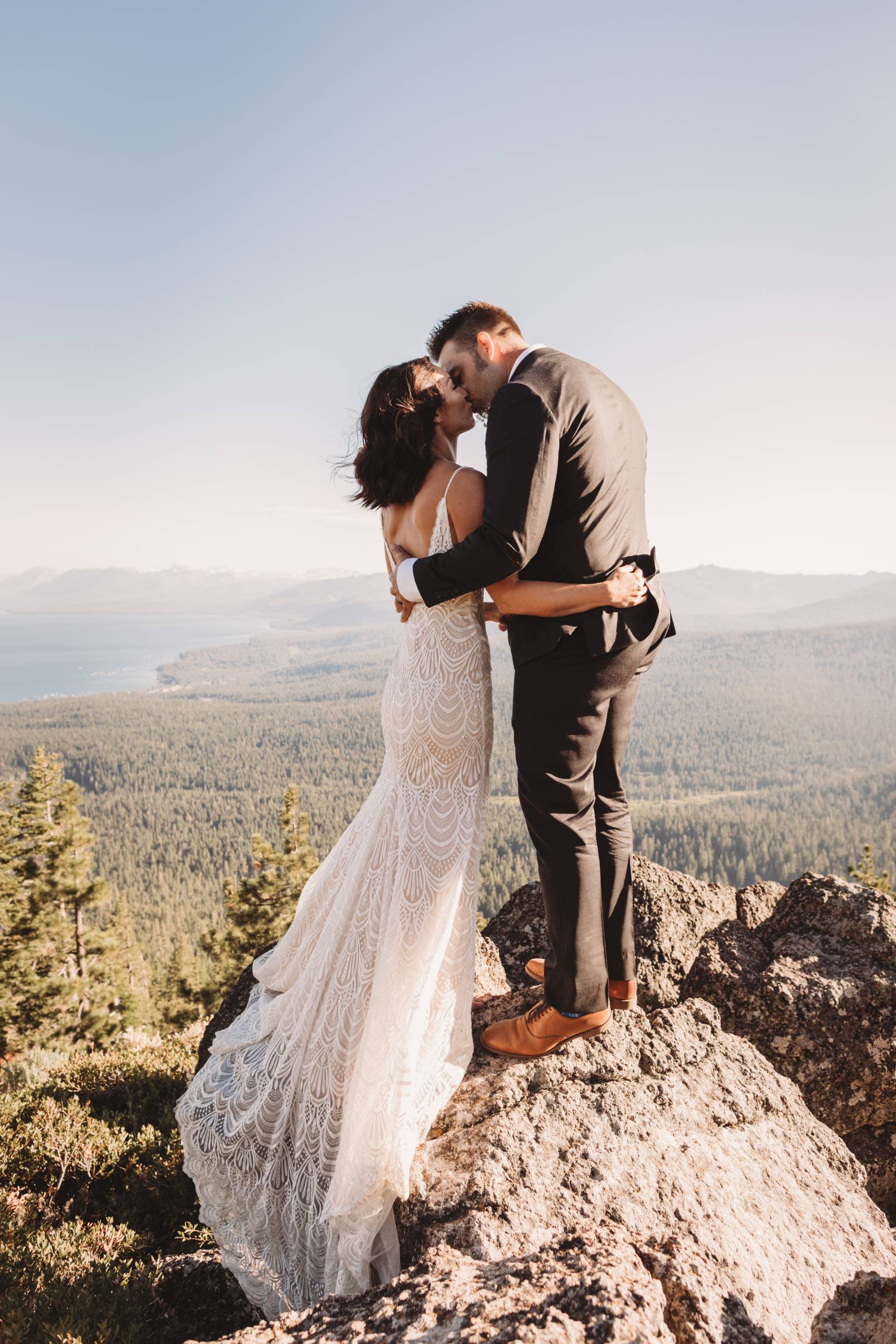 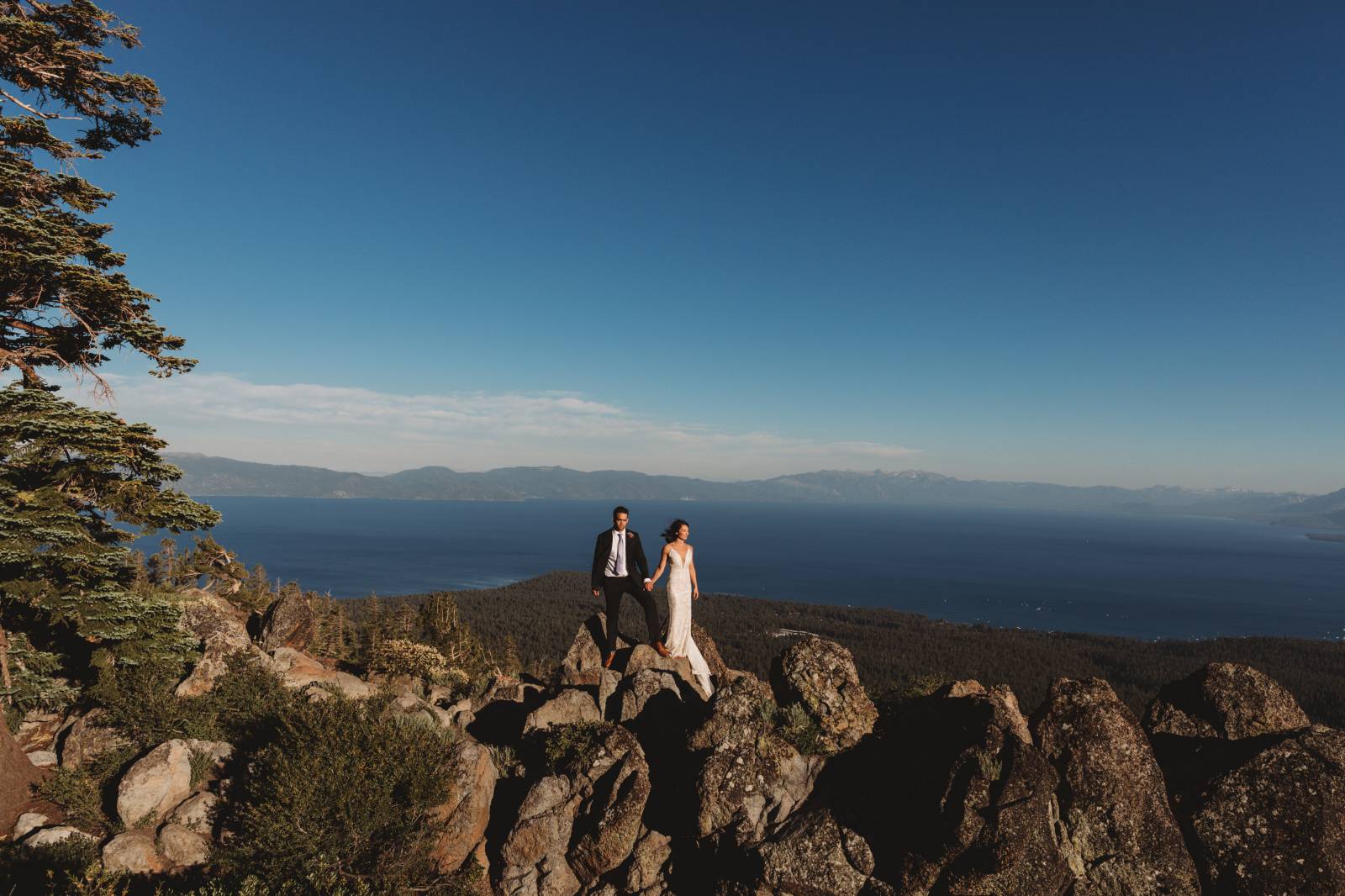 Showing your adventurous side for your wedding day is a unique and special way to stay true to yourself on this momentous occasion. Meredith Richmond is always sharing with us how incredibly adventurous her ceremonies can be - check out her vendor guide listing to see more of her special ceremonies.

PrevHow to Plan an Elopement in Lake Tahoe?

How to Plan a Microwedding in Lake Tahoe

How To Make Your Wedding Film Cool AF

Saying "I Do" with Officiant Stephanie DioDato